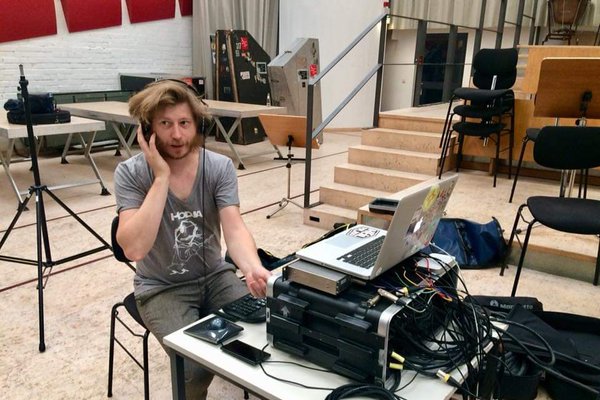 My background is the bog standard story about a boy who couldn't reach the keyboard of the organ so he played with the pedals, couldn't reach all the way to the end of the neck to play the guitar so he played it like a contrabass (without actually having seen one),-

Later he played trombone and sang in choirs.

Wich led him to conducting choirs and small brass bands,

wich gave him access to a PA and mixing desk when rock'n'roll cought up with him, and somebody needed to make things louder.

Having some luck doing concert mixes ment he got  asked to mix a demo for somebody and then somebody else heard that.

That's how he got into recording, and shure as hell he would'n't spend money when he could do it "better" himself.

Because he is a real DIY person, wich leads him to think;

"How hard can it be to put out your own music?"

And then you end up with a life filled with music, laughter, a room filled with instruments, and generally good times.

Trying to convince people to spend money on him, in his studio.